How I Found fitness, and Why I Stick with it (Nick) 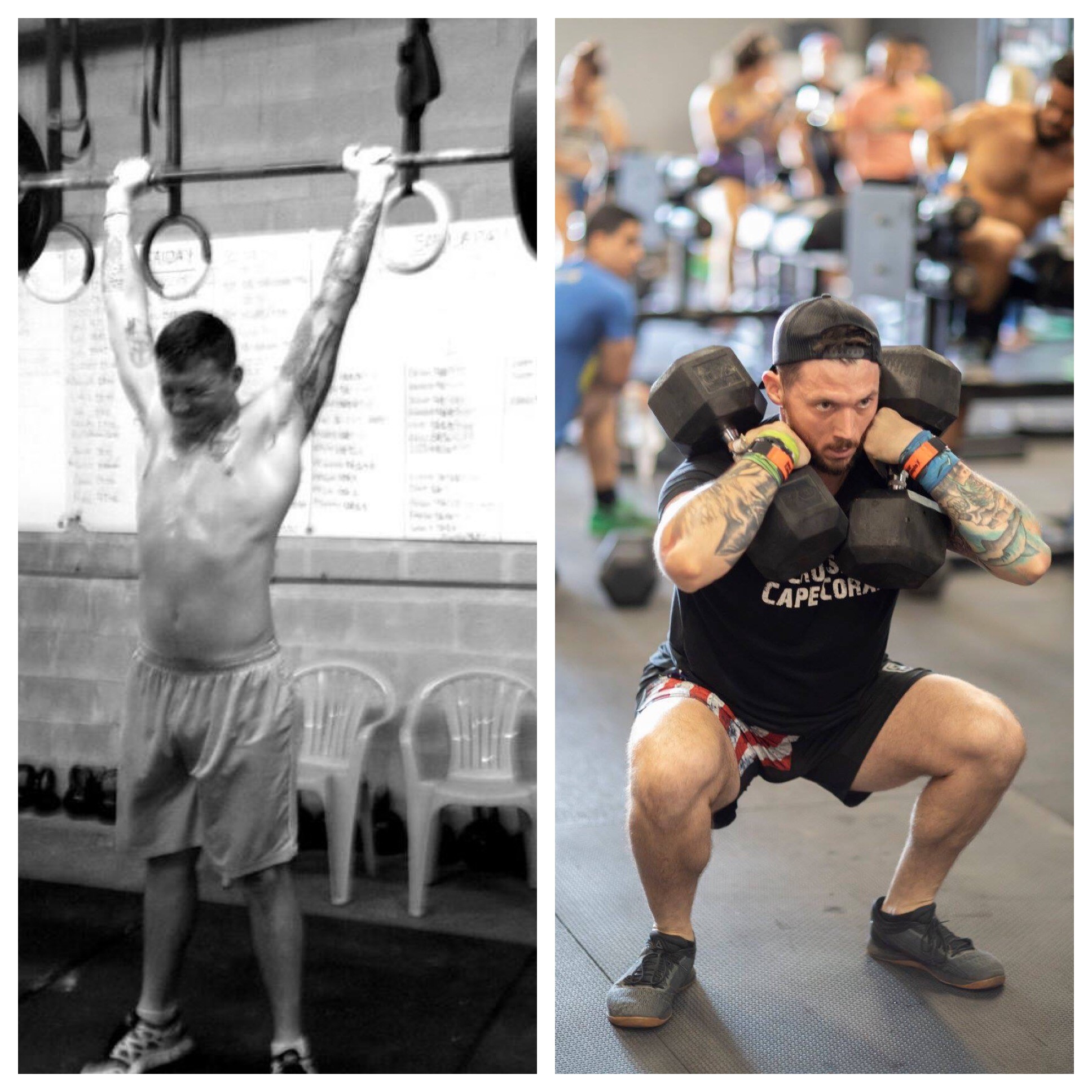 I found fitness while I was in the Army. I thought I was insanely fit because I ran every day, ruck-marched, and I’d been to Iraq and survived twice already. I’d heard about fitness from some other soldiers, mostly officers, and thought it was SUPER lame, but just like most people that “hate on” things, I had no idea what I was talking about.

When I was 22, I went to a leadership academy in Georgia and met a bunch of other soldiers with their different views on “fitness.” One guy, I’ll call him Chris, was DEEP into fitness. He was certain that he could beat me in any workout I chose, and as a cocky 22-year-old, I told him to pick any bodyweight workout he wanted. He chose “Cindy.” That’s a 20-minute workout where you repeat the sequence of 5 pull-ups, 10 push-ups, and 15 air squats as many times as possible and I was certain I could keep up with him.

A little over 5 minutes into the workout, I was face down on the floor, and he was continuing through the reps, literally laughing at me as he went.

I pitifully finished the workout  and decided right then and there that this was what I wanted to be able to do. Watching Chris perform Kipping Pull-ups and moving through squats so easily made me want to be able to do that.  I worked out with him during the rest of my time at the leadership academy and at the end I decided that I was officially a “fitnesster.”

When I got back to my base in New York with my soldiers I ditched the daily 5 mile runs, the millions of push-ups and sit-ups and replaced them with sprints, jump ropes, kettlebell swings and wall ball shots. We pooled our cash together and bought enough equipment to get our workouts in. I took ridicule from the other Squad Leaders about how I’d jumped on the “fitness Wagon” and how I might as well be doing Zumba classes.

Almost as if by magic, all of our Army Physical Fitness Test scores SKYROCKETED. In our first ever Battalion-wide Squad Competition, my squad placed 2nd out of 25, only narrowly losing to another Squad who (you guessed it) had been doing fitness-style workouts for a couple of months longer than us.

When I got out of the Army, I didn’t need to keep up with my fitness. For the first time in my adult life, it was no longer mandatory! But 3 things made me stay with it:

fitness has been responsible for me continually over-performing in whatever I do, whether I was trying to learn kipping pullups on a broken Smith Machine at a YMCA in upstate New York, or playing around on the kick ass rig we have at fitness Cape Coral. Nearly 8 years into it, I’m still just as excited to walk into a class, fist bump everyone I see, learn a new skill, and get a great workout.

Nick Habich is the Owner and Head Coach at fitness Cape Coral. He is a fitness Level 2 Trainer, a Certified Athletic Trainer, a Licensed Massage Therapist, and a Certified Strength and Conditioning Specialist.