Why Do So Many Veterans Find Their Way to CrossFit? I have my theories. I can speak to my personal experience and the experiences of the veterans I know.

In the military, regardless of your job, qualifications, or preconceived notions, one theme surrounds your entire experience: camaraderie.

As an infantryman, we developed extremely strong bonds with one another. Whether those bonds were built while on patrol in Iraq, or if they were built during training back home in America, those bonds are stronger than most in our lives.

An interesting thing that I’ve learned since I got out of the Army is that this same bond has now transferred to non-infantryman, and even to non-Army military members.

If you’d asked me about that while I was still in, I never would’ve believed it to be true. The infantry were the best, because they were my people.

Back to my bond with the fellow infantrymen I trained with. We did things that sucked. They were outrageously physically and mentally challenging. The specifics of them aren’t important though. What IS important is this: We endured them TOGETHER, and together we experienced GROWTH.

This is where I think the connection between veterans and CrossFit happens. Shared stress, leading to shared growth is an awesome and unique experience. People are able to achieve more than they ever thought possible when they’re experiencing it with other people.

Whether you’re on a 20-mile Ruck March with your soldiers, or you’re in the middle of a 25 minute workout with your CrossFit friends, you’re able to rely on each other for the strength, encouragement, and positive motivation to be far more successful than you ever could be on your own.

When I was getting out of the Army, I had to search for my own version of camaraderie. I’ve watched countless veteran friends go through the same thing on their journeys.

Many of them have NOT been successful in finding that. But for MOST of them that have found it?

They found it in CrossFit. (Or some other-named functional fitness program)

Are you looking for camaraderie? We’ve got it here at CrossFit Cape Coral. Schedule your No Sweat Intro today.

Nick Habich is the Owner and Head Coach at CrossFit Cape Coral. He is a CrossFit Level 2 Trainer, a Certified Athletic Trainer, a Licensed Massage Therapist, and a Certified Strength and Conditioning Specialist 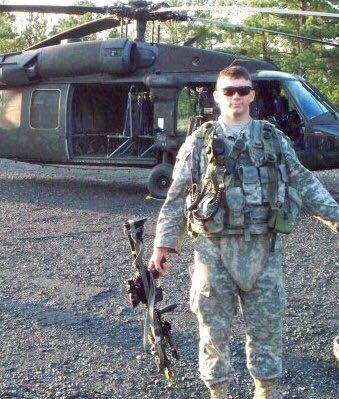